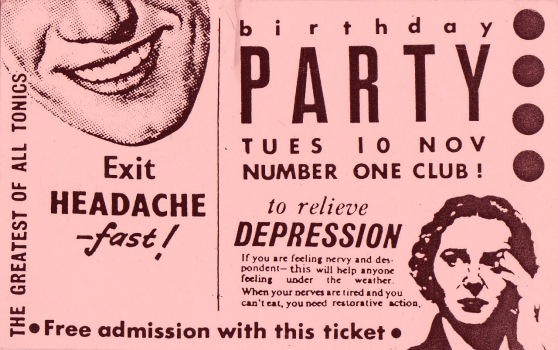 A rich seam of imagery was buried deep in the All Saints library. They had a magnificent collection of Women’s magazines from the 1940s and 50s which I routinely plundered to use on my poster and flyer designs. I’m not quite sure why it was that I was so attracted to this material at this point-in-time. We had named our company Spiffing Images so it seemed to sit quite well with that – to analyse further, perhaps in an era of Thatcherite self-entitlement and those late eighties high-street boom times, there was a student appeal for anything which gently mocked the thrifty, careful values of a previous generation… Anyway I probably pushed the retro-housewife look a little bit harder than it deserved. But it was a shared pleasure, for after a morning on The Dandy and Beano, there was nothing Fantasy Bob liked better than a good poke through the Christmas edition of Good Housekeeping, 1954. 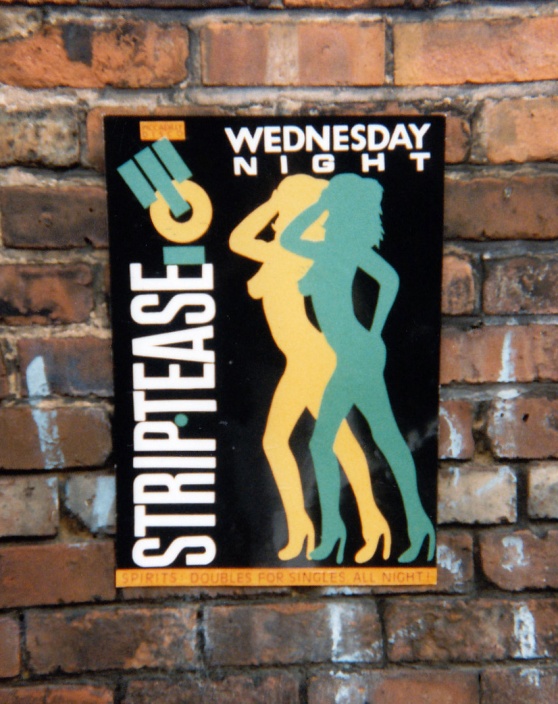 Dougie and Err… John Smith commissioned us to do a poster advertising their new striptease night in March 1987 – it was around St Patrick’s Day, hence the colour scheme. They were definitely on the backfoot at that point, they were still dealing from the fallout over the poster blitz and the radio station lawyers were closing in. This poster was a one-off, or rather a two-off to be precise – to be applied to both sides of a wooden sandwich board placed on the pavement outside the club. Let’s be honest, if Dougie had offered us an extra tenner to walk around Piccadilly Gardens wearing it, we probably would have. There was no printing involved, and the only expenditure would have been a few sheets of coloured card from Gledhill Graphics on Oxford Road. I think he paid us £50 for this but it was a bit of work to do the lettering. Cutting out the girls was easier but I remember coming down with a bad cold that particular week and having to do this sitting up in bed. Socrates was pacing anxiously outside the room, he didn’t want to catch my germs but he was keen not to miss the deadline. As soon as I’d finished, they were rolled up in a tube and off he shot up Broadfield Road on Mervyn the Moped. 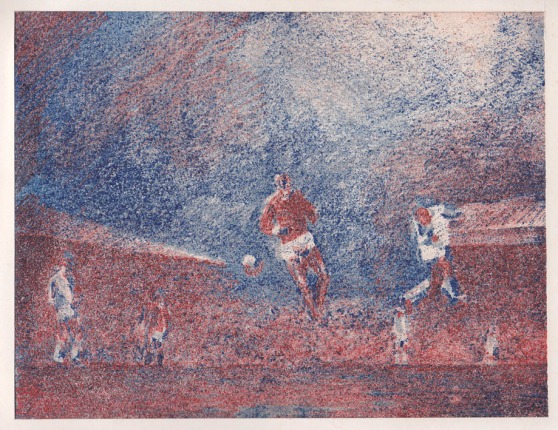 Another Foundation Course tutor, principally for life-drawing, was Joan Hoverstadt. I struggled with the naked form and she very memorably described my breasts as ‘looking like barm-cakes’. Like a dog with a bone she wouldn’t give up on me that winter and though my clamlike demeanour at that time made me a difficult proposition for anyone, she continued to encourage and persist with me when most others would have thrown in the towel and recommended a one way ticket back to Kilskeery. I never knew what emphemera was until she pointed it out and showed me a book and because of her I’ve kept a pile of things which most people would have thrown away. She had been friendly with a press photographer once and gave me a huge stack of big blown-up black and white action pics of Manchester United from the 1950s and early sixties. That really excited me. Pure treasure, The Busby Babes leaping high into the night sky under dazzling pylon-like floodlights. These huge metal structures, one in the corner of every ground, symbolised the golden era of post-War football and the dawning of competition against European opposition. They also defined a stadium, I could look up from my desk in the Chatham Building and gaze westwards over Hulme to the Old Trafford lights about three miles away. Soon I was collecting match tickets and pasting them into a scrapbook and modelling a floodlight pylon in wire, I was etching, charcoaling, sculpting and behind the goal at Old Trafford with my own camera. If Barry White turned on the light, Joan made sure the switch wasn’t going to trip. 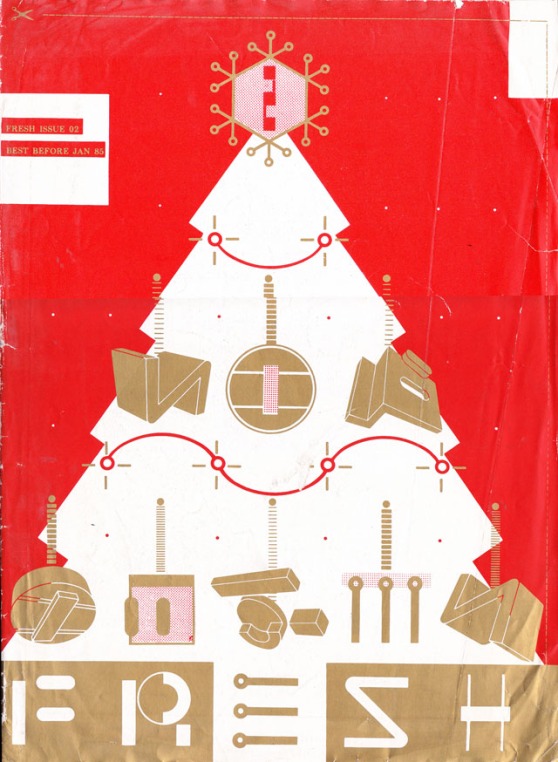 David Crow was the star pupil in my year or any other year for that matter. There was another lad called Ian ‘Swifty’ Swift who was a year behind us who also went on to great things. It never occurred to me before that they are both also birds. Respect to them, they had bags more talent than me and they knew how to apply it. They were putting the hours in and it showed. You just knew it, even then they stood out a mile. Their fires were burning brighter and they had a dedication and passion for their craft that the likes of me couldn’t hope to match. I was too much in awe of these two to even communicate with them. They had strived all their lives to get to this point and now they were there, they were rightly going to milk it for all it was worth. By comparison I had come to it almost effortlessly as a by-product of my Man Utd obsession. I was a part-timer. I still am. I remember how Dave very skilfully had Idris the typesetting technician almost working singlehandedly for him, so every project looked like the finished article. But it wasn’t just the polish, his ideas had a fresh innovative feel to them. He was on a voyage of exploration which you just knew was bound for designer stardom. These boys were on Malcolm Garrett and Neville Brody’s cases and working for their studios churning out record labels and pop magazines during the holidays before it had even dawned on me who such people were.

Coronation Street soapstars were treated liked royalty. I remember going along to the Chinese New Year festivities around 1983. In the middle of it all was a massive stage and a platform right at the front on which were seated the great and the good. In this case, on what I recall as two giant raised thrones, were the actress Pat Phoenix and her partner Tony Booth (Tony Blair’s father-in-law). It was extremely cold and she was swathed in fur and enormous dark glasses and he was wearing one of those Cossack-style hats with the earflaps. They looked for all the world like Brezhnev and Andropov, leaders of the Russian politburo taking the May Day salute in Red Square. Commie Ken and the Chinese High Commissioner may well have been bookended on either side of them. Chinatown itself was small and edgy, but its restaurants were student-accessible, the most popular being Charlie Chans. It had a bit of associated noteriety in being supposedly a popular late-night meeting spot for gangsters and badlads. Sometimes if I couldn’t face Jan’s chilli and if I had the energy, a few of us used to go here after work. It would be at about three in the morning so we really must have been desperate for our sweet and sour pork balls.