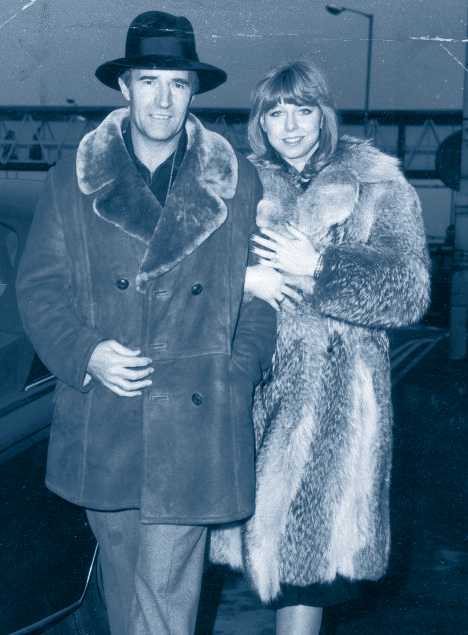 ‘She walks in beauty, so soft so calm yet eloquent, the smiles that win, the tints that glow but tell of days in goodness spent. A mind at peace with all below a heart whose love is innocent’. Turnstiles in those days were not foolproof and having moved from a cold seaside town to the rainy north, I was attending my first ever Manchester City match with Dad circa 1972. Vi Menon, his son David, Mr C&A and his son Steven made up the party. Some cash was handed over and then, quick as a flash all three of us scarved-up City boys were pushed under the turnstiles. I looked back and saw Mr C&A smiling and I knew a deal had been done. In those days lads would hang around the gates at Maine Road and often a kindly steward would let them in for the last twenty minutes. Just as the game of professional football was about to change, so the stages of my own life would alter markedly. Home in the north was leafy Bowden. Neighbours included Bobby Charlton, Dennis Tueart and Martin Buchan (who shared a hairdresser with Mum). We ate in a delicious restaurant owned by the Man City legend, Colin Bell and Burnley’s Colin Waldron. On returning from Hereford, the industrial north had been taken over by Thatcher’s increasingly centralised government, ruled by dictate from Westminster. The Moss Side riots had fizzled out to be replaced by an explosion of property speculation and development, however unemployment remained stubbornly at the three million mark. Ghettos not just in Hulme and Moss Side but Cheetham Hill, Middleton, Gorton and Hattersley were growing. One Manchester day reigns supreme. I think it was 1989. I know that Sparky Hughes scored a spectacular consolation goal and I saw Ian Bishop and Trevor Morley drive up to the ground in their pink Mini Cooper. Mel Machin was manager. It was a gorgeous warm blue-sky Manchester day and a gentle breeze wafted me down Broadfield Road, past the hot-dog stalls and into the Kippax. Inflatable bananas set the scene. There was a delirious expectation in the air that day as we ran amok, destroying Manchester United all over the pitch. We were a yo-yo team then. Alex Ferguson, the miserable scot was on his way out and Mel Machin was king. No, like life itself, it was an illusion, a fabulous piece of delusion for one day only. Mel disappeared and I watched a final game at Maine Road versus Spurs in 1992-93. Eventually the stadium was bulldozed with Oasis singing Don’t Look Back in Anger. Ferguson is the greatest British manager that ever lived and the enemy prospered. Leaving Manchester was painful. I lost a girl I once loved. I lost the house we had bought. A city that had meant so much to me guaranteed an agonising farewell and I never went back. Slipping under a turnstile into a fake plastic tree Man United pub in Barnes, London, May 13th 2012, I pushed my way to a window, muscled some space and saw City take the lead. The maxim of ‘everything comes to those who wait’ finally arrived and in the 94th minute of forever we struck. Fleetingly I returned to the living room of Macca’s red-brick Chorlton house ’86 as the Argentine ‘hand of God’ knocked the ball passed Peter Shilton and England were out. On May the 13th it was another Argentine, Sergio Aguero. Aguero, Aguero wins it.